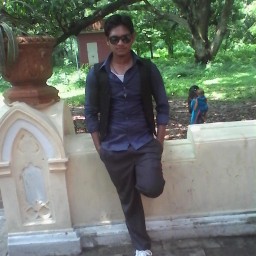 Fukuoka Castle, Japan for Watching One Of The Great Legend Of Past History

Fukuoka Castle is one of the main attraction in Fukuoka region and one of the visiting interests in Japan. It is widely known for its charming environments, romantic and mind blowing cherry blossom. This place has a great legend by whom it has been build. It is very ancient and also very beautiful as well. Just like I said earlier it has many legends for itself. You might have a chance to visit and see the most legendary monuments of Fukuoka and one of the traditional and most interesting place in Japan.

There is a lot to learn and to know about the Fukuoka Castle. By touring it I have found many interesting things to observe. Here let’s hear the memorable history behind it what I found by visiting this place.

Seeing this wonderful building I was tempted to learn more about it. So I spend sometimes in the library section for learning about it. I am not a student of history and legends but the looks and components of the buildings engage me in studying about it. This castle is also known as Maizuru Castle.,It has been building a long time ago. From the history book, we found that it has been built in the earlier EDO period. So it is very clear that this place is very ancient. Not only this is ancient but also, it has so many ancient stories behind it. It will be great if you wanted to study the past Japanese legends. By researching, we found that the construction work has begun at the start of 1601. I also come to know that a Stoneman who had worked on EDO Castle and Osaka Castle lead the construction process. By his own effort with a great cooperation from the workers he successfully completed in 1607. For doing a great job and unforgettable of the battle of Seigahara Kuroda Naga-Masa got a huge reward. He had given this place. Next, he builds a castle which one is now transformed into Fukuoka Castle being changed ages after ages. It is important to point to note that the Japanese Governments also dedicated this place as a historical heritage for the tourists.

During the spring session of the July-August month if you are lucky enough then can encounter the most charming events in the world the cherry blossom. It is so beautiful and dreamy that its beauty is hard to explain.

It was my first encounter so it’s looks like a unique view for me. I can’t miss this kind of events. For that reason, I capture the whole events with my handy camera. The video looks really amazing often I checked out it now and then.

Macau Fisherman's Wharf for Shopping & Having Some Snacks

Traveled so many places of Macau already. Enjoy some great moments in its visitable places. Explore...

Statue of Liberty for Watching The Best Monuments In History

My next destination of Newyork adventure. I am still at the same hotel here. Looking for some...