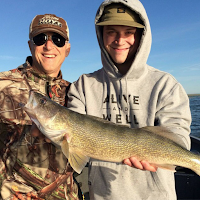 I was in Philadelphia in the summer for a friends wedding and had to check out a Phillies game. Baseball tickets are relatively cheap in any city your in so pulled the trigger and bought a pair of tickets for a friend and I. I was told not to spend extra money on better seats from a couple guys I met at a bar before the game. They were right because there really isn’t a bad seat in the stadium and I ended up saving a lot of money. The best apart about the stadium was the atmosphere and the Philly food. Where else can you get a Philly Cheese Steak while watching baseball? It was perfect. Philly sports fans have a reputation for a reason…. they are really passionate, which made for a better game even though the Phillies lost. I couldn’t have had a more relaxing night as I drank some beer as the sun beamed down on the stadium. Go Phillies!

When I finally got to the chance to travel to Hawaii, I wanted more then just the standard hanging...

When I planned my trip to Arizona, I knew I had to visit the Grand Canyon. I started my day at the...

Portland, OR for Skateboarding Burnside Skatepark

If you have any interest in skateboarding what so ever, one would know of the infamous Burnside...